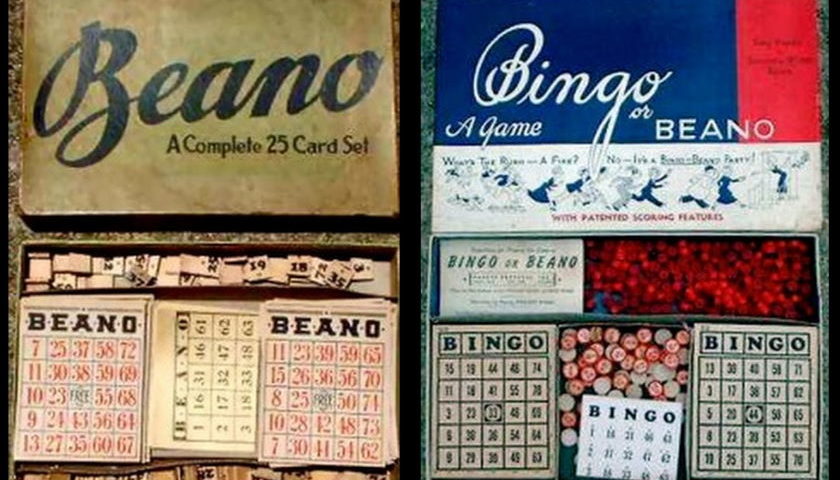 About The Game of Bingo Bingo Articles

Bingo From Italy to France

The first version of Bingo was a 16th century Italian lottery game called Lo Giuco de Lotto. But the game we know today dates back to 18th century France, when cards, tokens and number calling were introduced.

The original game included numbers 1-90 and still does in many countries. The US game (and most of the online games) have only 1-75.

Bingo was popularised in the US by a man named Edwin Lowe who introduced the game to New York and charged game organisers $1 a year to use the idea and name of Bingo.

Edwin Lowe employed a maths professor to come up with 6000 unique Bingo cards. Rumour has it the poor soul was driven clinically insane completing the task!

The game should by rights be called ‘Beano’! Players used to use dried beans as tokens to cover the numbers on their cards and called ‘Beano!’ when they won. The name Bingo took over simply because Edwin Lowe had a friend who mistakenly called ‘Bingo’ instead of Beano whilst she was learning how to play.

In Australia the game was first called ‘Housie Housie’, with players calling ‘House!’ for a win.

In the 1930’s Bingo was often played in US movie theatres during the intervals.

Bingo spread from New York throughout the US during the 1930’s & 40’s, but wasn’t legalised anywhere until the 1950’s. The first states to legalise Bingo were New York and New Jersey.

The numbers have been drawn in various ways over the years: wooden tokens drawn from a bag, balls drawn from a bin, ping-pong balls blown through a tube. Nowadays the big commercial Bingo companies use computerised random number generators and show the numbers on computer screens.

The first online bingo sites appeared on the net in the mid 1990’s. Two of the oldest and biggest are: Cyber Bingo – operating since 1996 – and iBingo – online since 1998.